Cavapoo is a wonderful cross-breed dog that’s becoming more and more popular in the recent years. But when you start searching for information about cavapoo, you are likely to stumble upon other poodle cross-breeds. 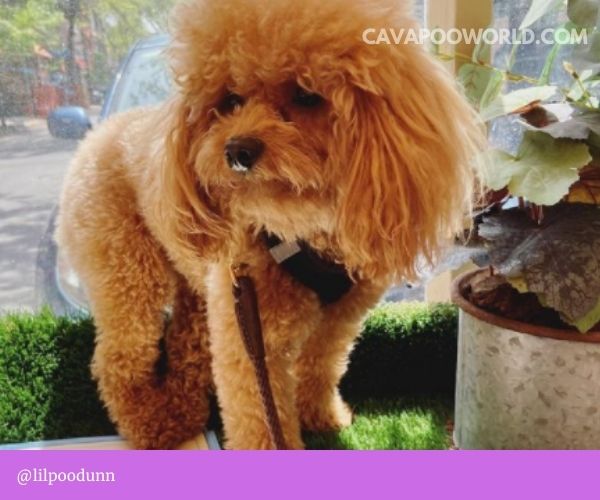 One of the most popular ones is maltipoo – a cross between the maltese dog and poodle.

Maltipoo are also a highly popular breed and a great cross between two gorgeous and highly intelligent dogs. You may even think of getting a maltipoo instead of a cavapoo. So how does cavapoo compare to maltipoo? Which one should you go with? Here is my little guide.

Is your pup destructive? Or maybe he/she is bored and sad when you are away? Wouldn’t it be nice to know exactly what your pup is doing at any moment, regardless of where you are? Well, you actually can. Honestly my favorite invention of this century when it comes to pet care and well- being: a camera + treat dispenser + communication device from Petzi – check it out here. Talk to your dog when you are away (and see the happiness and excitement on their face), give them treats (even more happiness) and know exactly what they are up to 🙂 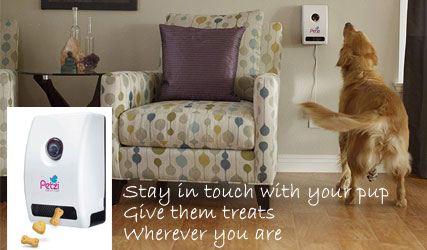 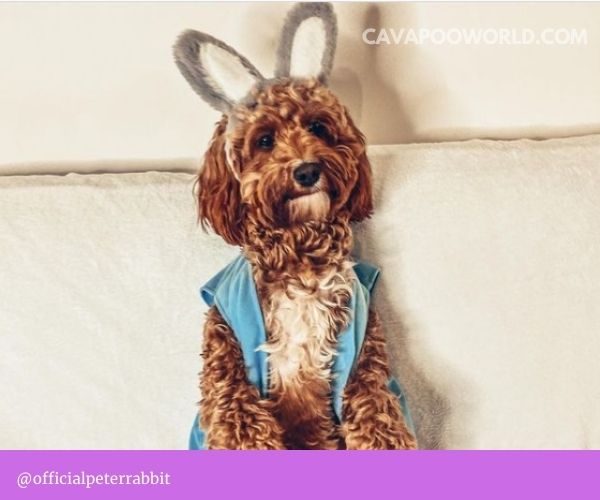 When choosing a dog, size often matters – not all of us live on acres of farmland. However, there isn’t that much difference between cavapoo and maltipoo. Both are fairly compact dogs. Cavapoo on average are 9-15 inches tall and tend to weigh around 8-20 lb.

Maltipoo are really similar at 8-15 inch tall weighing a bit lower at 5 – 20 lb. So, if you are looking for a smaller dog, maltipoo are somewhat smaller but not so much it would make any difference.

When it comes to colors, both maltipoo and cavapoo can be of various colors, although I personally see more white maltipoo than any other color, whereas cavapoo tend to be multi-colored.

If you are looking for a very smart dog – you really can’t go wrong with either cavapoo or maltipoo. Sorry I am not being more specific, but it’s true. Both cavapoo and maltipoo are bred from poodle, which is an extremely intelligent breed. Both cross breeds are very trainable, and very comfortable to live with. 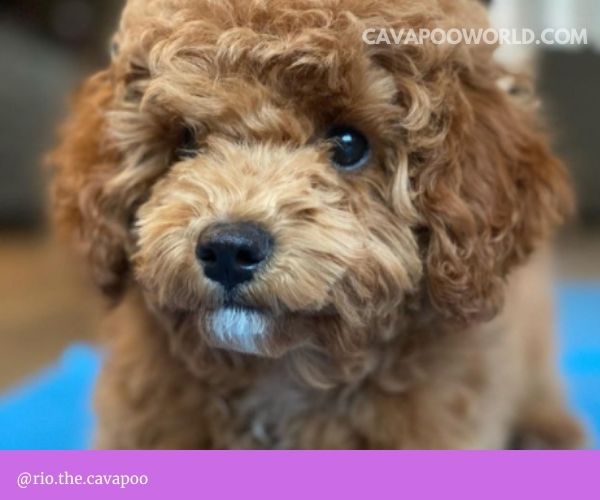 Here is where there could be a difference, sometimes significant, between a cavapoo and a maltipoo. Both dogs being cross breeds, they tend to inherit bad sides of both of their parent breeds as well as the good sides. This is particularly important when it comes to dog health.

Cavapoo are bred from Cavalier King Charles Spaniel, and, as such, can have certain genetic health issues inherited from the cavalier. Those issues may include  Mitral Valve Disease, which is a serious heart condition in dogs, Syringomyelia (a spinal disease, also very serious and potentially lethal), and several more conditions.

Granted, in most cases you don’t have to worry about most of these issues – a good breeder will do thorough genetic testing of both parents to exclude any faulty genes from breeding. However, those issues may still appear in the case of bad breeding. So, with a cavapoo you do always have a risk of your pup (or adult dog) getting sick.

With maltipoo the risk can be significantly lower, as the Maltese is generally a fairly healthy breed. Some Maltese develop glaukoma and and progressive retinal atrophy. Some may develop dental disease, knee joints and liver problems. But in general, it’s a fairly sturdy little breed that generally ages well into 10-15 years of age and keeps being healthy. 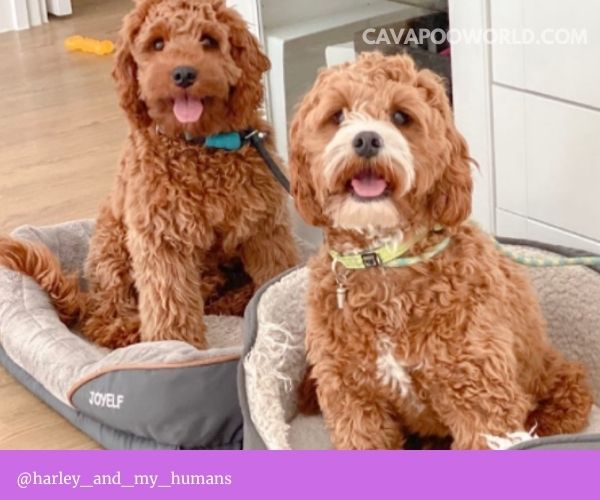 However, maltipoo can have issues with multiple allergies and food sensitivities, which lead to skin issues, tummy problems, itching and nervous behaviour. This unfortunately stems from their Maltese origine: Maltese dogs often have issues with allergies. Cavapoo are generally less prone to food or other types of allergies.

Poodle, the 2nd “half” of both cavapoo and maltipoo, is generally also a healthy breed presenting few issues to their owners.

This is why maltipoo on average can be a healthier dog with less potential genetic / health issues than cavapoo. Of course, you should keep in mind that only a percentage of cavapoo will ever have significant health issues, just like not ever Cavalier King Charles Spaniel gets sick in their lifetime.

If you have been around this website for a while, you’ve probably had a chance to read more about cavapoo temperament. They are truly a wonderful little breed with winning personality: an affectionate companion, intelligent, empathetic and fairly independent at the same time. Similar things can be said about maltipoo, with a few exceptions.

Both cavapoo and maltipoo are extremely affectionate and are usually very close to their owners. Maltipoo were specifically bred to be good companions, even more so than cavapoo. They adore their owners and their happiest moments in life are spent surrounded by their family.

Being too attached to their owners can have its own downsides in both cavapoo and maltipoo. Both breeds may develop separation anxiety. However, maltipoo seem to definitely be more prone to it than cavapoo. They seem to be more sensitive souls as opposed to highly affectionate but independent cavapoo (or at least, more independent than a maltipoo).

Maltipoo are known for developing separation anxiety, especially in households where they are routinely left alone for extended periods of time. They can also get highly destructive in their separation anxiety attacks, chewing excessively, barking, marking the territory in inappropriate places, etc.

Although cavapoo can also develop separation anxiety, it does not seem to be as prevalent or as severe.

Keep that in mind when choosing between the two cross breeds. Take your shedule into account.  Really, with both breeds you need to be confident you will be able to spend enough time with your dog, socialising, training them, playing with them or walking them.

Do cavapoo shed and what to do about it
Apricot cavapoo
Are cavapoo hypoallergenic? What allergy sufferers need to know about cavapoo
Cavapoo price - how much do cavapoo cost?

If you work full-time, have a busy schedule and are planning to leave your dog home alone for days in a row, it may really not work out well for you or the dog, whether you get a cavapoo or a maltipoo.

Cavapoo normally don’t bark too much. The stereotypical “yappy little dog” doesn’t normally apply to them. They are generally confident and happy enough to maintain quiet in the house. It can be a bit different with maltipoo. The Maltese dogs are known for their barking. They are a smaller dog and can often be a little nervous if they are not completely confident.

Your maltipoo can inherit that trait: some maltipoo can be very barky, whereas others not so much. It’s hard to predict whether a particular maltipoo pup will grow up to be a barker or not. But if you know you can’t stand barking and want a non-barking dog, you might want to choose a cavapoo. (Note that a cavapoo may grow up to be a barker too, but it’s less likely than with a maltipoo).

Both cavapoo and maltipoo are small cross breeds. However, there are differences in maintanance that you may enoucnter with maltipoo compared to cavapoo. In general, maltipoo tend to be more fragile than cavapoo.

While cavapoo can easily live and thrive in the households full of children of various ages, you have to be careful with maltipoo. They tend to be fairly fragile and kids can often harm this little dog by rough handling it.

Maltipoo are also often hurt by larger dogs or other animals. They are just not as sturdy as cavapoo. They are also a bit more sensitive emotionally: noise and a lot of movement may scare or irritate a maltipoo, making it retreat or, on the contrary, become aggressive or overly protective.

Both cavapoo and maltipoo require regular grooming – whether at home or in a professional setting. Since maltipoo coat tends to be thicker, it is more prone to tangling and moulting, so maltipoo generally require more frequent and thorough visits to the groomer, while cavapoo can sometimes just “swing” it.

However, do be prepared, with both breeds, to learn the basics of dog grooming or to spend a little cash in a groomer’s office.

As you can read in this article about cavapoo shedding, cavapoo can shed more or less depending on whose coat they inherit: a poodle’s (non-shedding) or King Charles Cavalier Spaniel’s (shedding moderately).

It’s the same way with the maltipoo. If your maltipoo inherited his or her coat from the poodle, they will be minimally shedding (hooray!). If there is more genes from the Maltese, they will probably do some shedding. Again, it will probably never be that much shedding, but you will still have to groom them regularly.

Cavapoo and maltipoo are both very trainable breed. Both are highly engaged with their owners, very intelligent and learn quickly. Both are highly food -motivated as well, so don’t forget to use treats in your training sessions.

Whereas cavapoo are very much in tune with their owners and will do whatever has to be done to please them, maltipoo may have a bit more of self-directedness, so training might be just a little harder with maltipoo than cavapoo.

Potty training is a particular important part of your dog training, and this is where maltipoo may be a little behind cavapoo. Maltese dogs are famously hard to housebreak and potty train, and that sometimes is passed on to maltipoo.

That doesn’t mean your maltipoo will forever potty in your house, not at all. It just means that you might have to put a bit more effort in potty training a maltipoo than a cavapoo. In any case, with both breeds potty problems are usually over by the time your puppy matures, and, as long as you keep separation anxiety and other behavioural issues at bay, you will be free from these issues forever.

However, people can and do have allergies to the “second half” of the maltipoo – the Maltese dog. With either cross breed, I would not expect them to be fully non-allergenic. If you are thinking of buying a puppy, whether it’s a cavapoo or a maltipoo, I would recommend actually visiting the breeder to see if you will have allergy symptoms or not. (Don’t forget to visit with adult dogs, not just puppies, as the amount of the allergens increase as the puppy matures.)

The hard thing when choosing a dog is finding a breed (or cross breed) that would have all the upsides and no downsides. You want a dog that’s healthy, has a great temperament, is not barky, not aggressive, not prone to separation anxiety, easy to train and is generally easy to live with.

However, it’s hard to find a dog that wouldn’t have any downsides, and sometimes you need to choose what you are ready to tolerate in return for the breed’s positive sides. Unless you are very lucky, there will likely be something not-so-good about the dog you choose.

It’s hard to avoid that when we are talking about a living, breathing being that can have its own character and habits that you may or may not like.

The good news is, whichever dog you choose, you will most likely love them with all your heart, and the downsides won’t be that important. Good luck with choosing your cross breed! 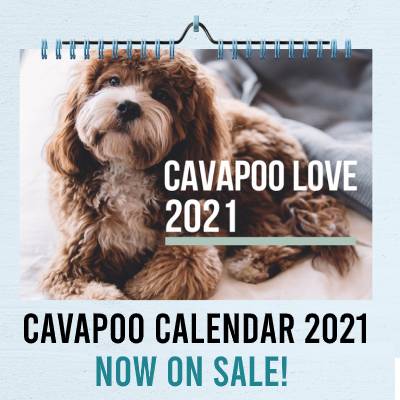 Hello! Welcome to Cavapoo World. 🙂 We are the world’s largest resource on cavapoo cross breed. Tips and advice on raising your cavapoo puppy, training them, food, health & more! 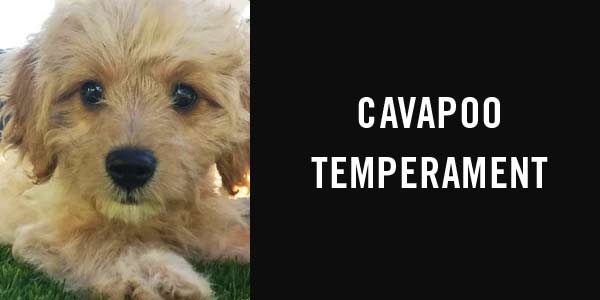 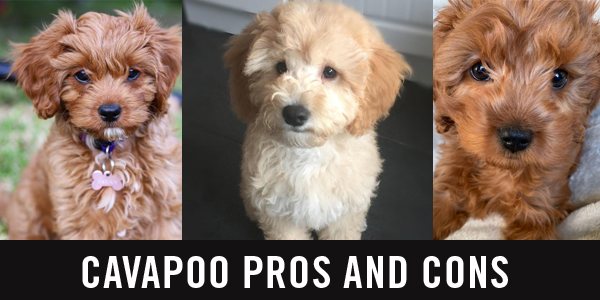 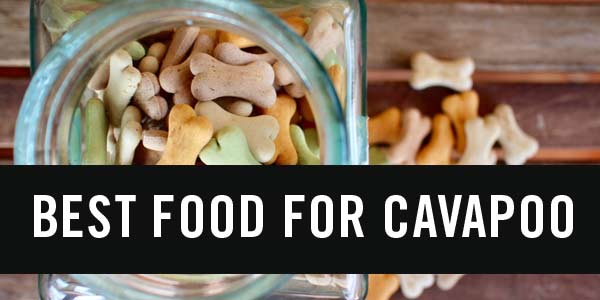 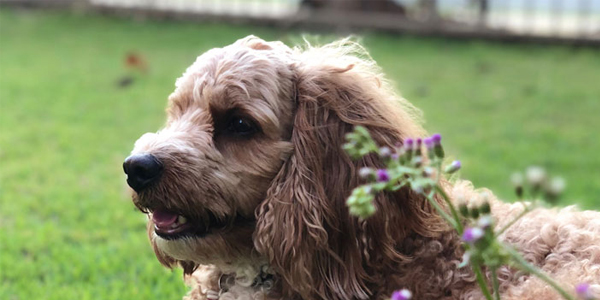 Disclaimer:
As an Amazon Associate I earn from qualifying purchases.